The best souvenirs are the ones with a story behind

.... and the most beautiful stories happen when one doesn`t expect them at all and this is one of them.

I am leaving one of my favourite surf spots, Mawi, Lombok, Indonesia. I am going to start my scooter. All of a sudden I can feel the scooter is leaning to the side and that it swang. I turn back and can see two local boys, around 8 years old, climbing my bike, giggling and saying something like a „house“.

Ok, understood :) I am smiling too and off we go. 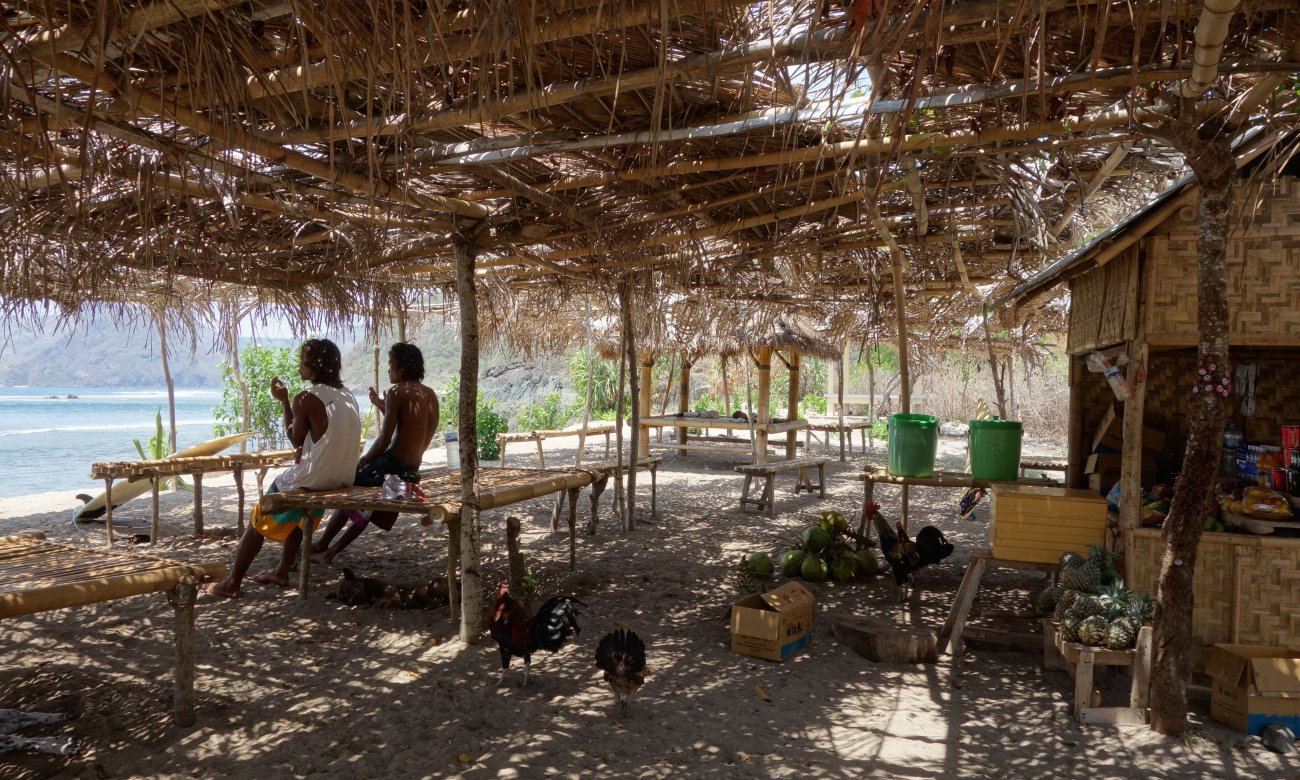 We go by a dusty road among hills and fields. I can see in the mirror, that one of the boys is holding a beautiful handmade wooden whipping-top. Such a beautiful toy. In about one kilometer one of the guys knocks at my shoulder and says „here“.

So I stop by a shed made of wood and grass. They start playing with the whipping-top in the dust immediately. I watch them for a while and they invite me to play with them. I simply can`t resist. I am trying it, no success. They burst out of laughter. Me too. On the other hand, they are supporting me and trying to come up with some tricks to improve my technique. From time to time they use some English words. I found out they can speak pretty good.

The string is damaged a bit. All of a sudden they both disappear. I can see one of them getting from the house some piece of old clothes and starting tearing it. He is coming back with two thin stripes in his hands. He connects the two ends and creates eyelet on.

He plonks down, spits on his calve, puts the colorful stripes on them and with a trained movements starts rolling them. He is rolling and rolling, spits again when necessary … and I can see a beautiful new string forming under his hands. He got me completely. He doesn`t say a word. Just keeps rooling until it`s done. Then he wraps it around a raw wooden strut and pulls from side to side several times to remove jagged ends of the clothes till it is completely smooth. 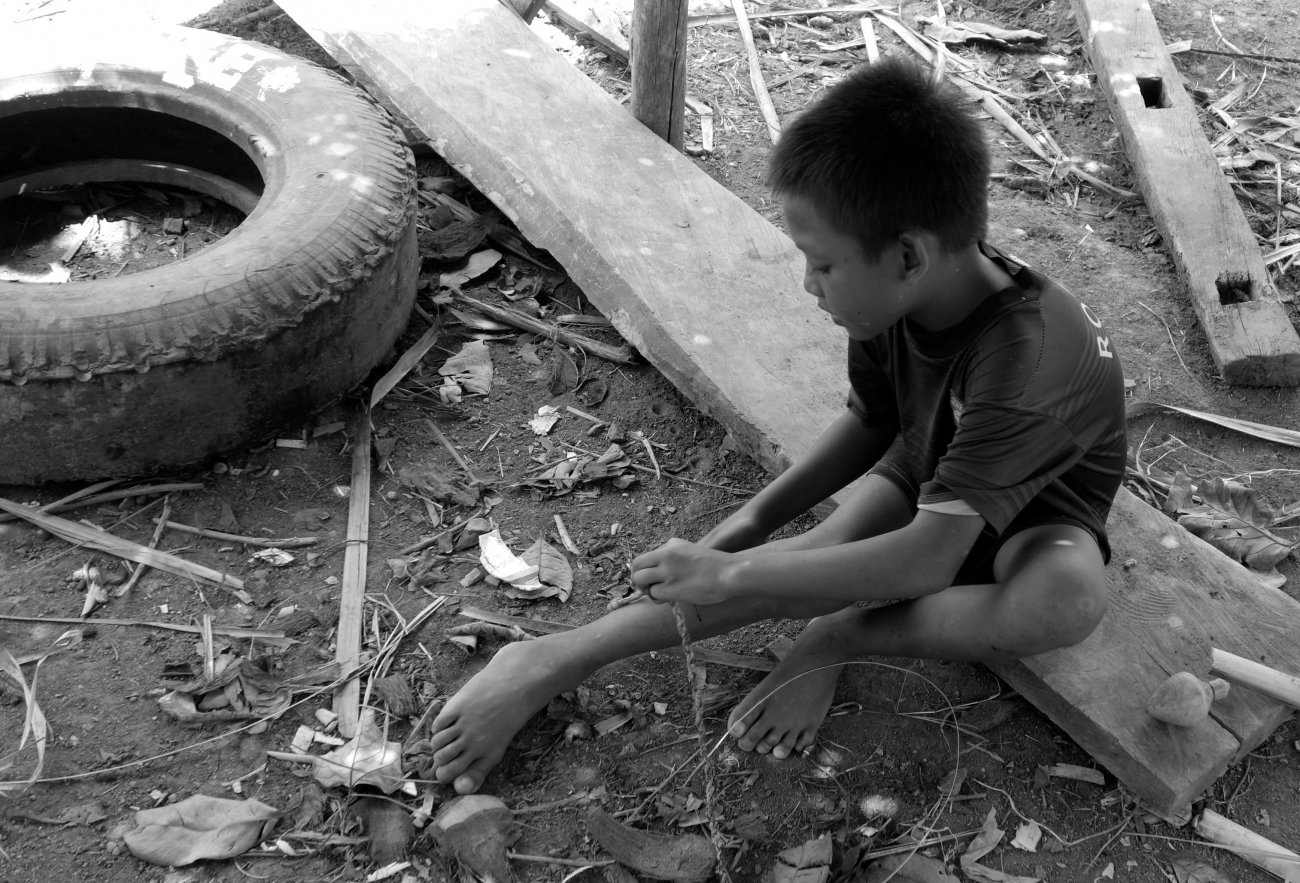 He puts it to my hands to try it.

I ask him, whether he did the whipping-top himself. He nods. I love it so much, so I cannot resist asking whether he can make one for me too, that I will buy it from him. He blinks at me with his big black eyes and is wondering how much I would be willing to pay for this one, that he will make another one for himself later. I ask: "How much do you want"?

Considering his mum had one of the two food stalls on the beach, I was expecting him trying some exagerrated price. So I am smiling waiting for his answer. There was a few seconds of complete silence. The boy in a football jersey "Rooney" blushed even through his swarthy skin and started something like 5.000 Rp (0,4 USD). Phew… I would feel really bad to take this beautiful thing for such a funny price. I started thinking how much to give him. On one hand I wanted to give him at least ten times more. On the other hand I was hasitant. As it starts like this - paying someone a bit more to make him happy and then locals start overpricing everything step by step into such a huge extremes, as in their eyes us "westerners" become the ones, who have so much, that we are probably paving our floors with the notes and we really do not care how much anything costs. 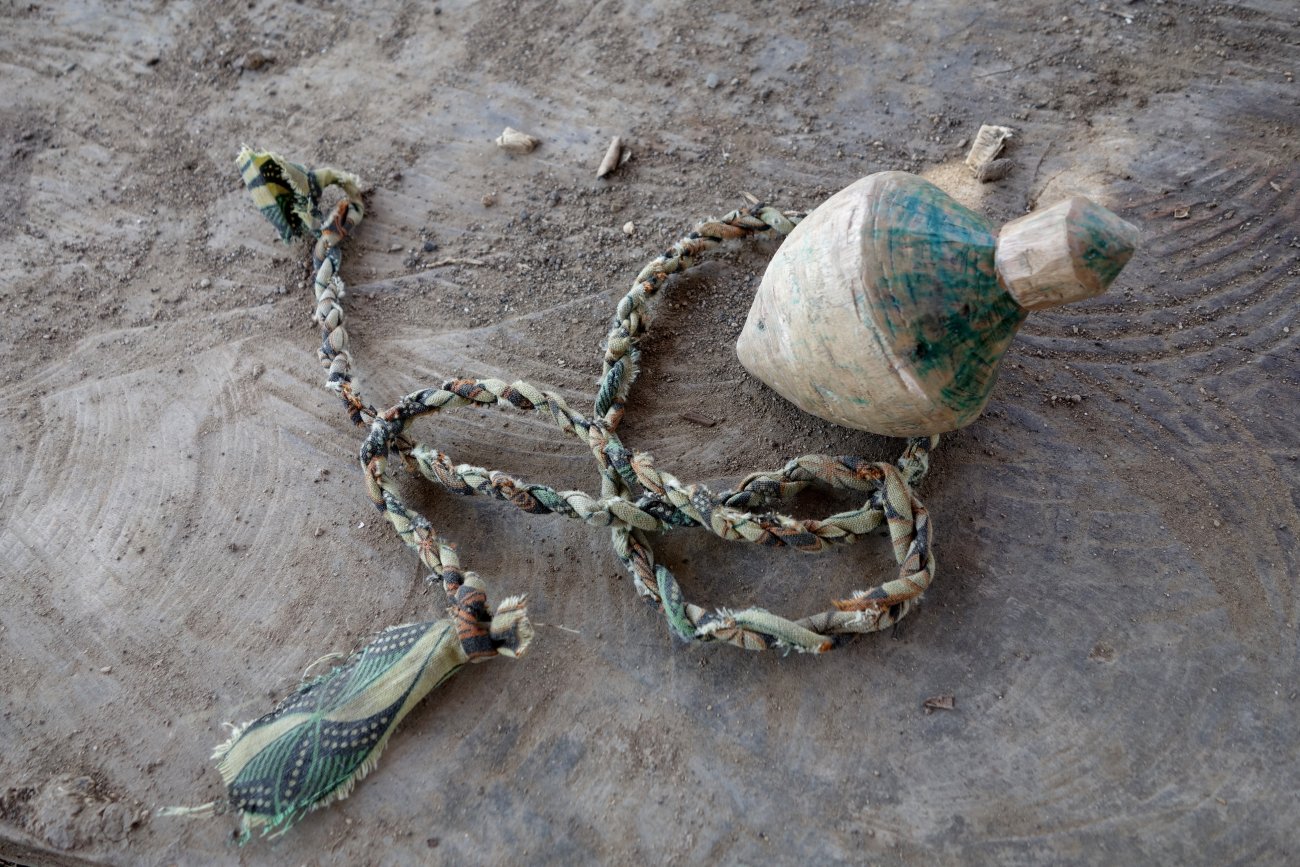 So I have a dilemma and then I give him 20.000 Rp. He is all shining, he can`t believe his eyes. He gives me the toy with the just made string still wet from his spittle. He starts jumping and running home and shouting of happiness. All his family gets out of the house and the wee man is probably sharing his first successful business experience with them.

His laughter and joy of his family doesn`t come to an end and it brings me to tears. I am looking at the beautiful wooden thing in my hands, happy like local kids.

I try to twist it for the last time. It starts dancing smoothly in the dust. It is turning and turning and the family clap their hands and I feel so warm inside. Not as I made it running and because of the applaus, but all the experience was unforgetteble powerful and beautiful story for me, which I always remember when looking at the toy back home.

Wouldn`t it be fantastic, if (not only) the business world worked the same way? EVERYBODY happy!

About the author, Bo on the road.